This is a medical condition that presents with excessive swelling of the body, particularly in the arms, legs, and genitals. Medically, the condition is referred to as lymphatic filariasis, and it is among the main worm infections.

The particular worm that leads to elephantiasis is called Wuchereria bancrofti, although Brugia malayi and Brugia timori have also been known to lead to the problem.

Elephantiasis is largely neglected in most parts of the world, and it is mostly prevalent in Africa and Asia, affecting about 120 million people.

It has also been in existence for thousands of years and has been depicted graphically in ancient Egyptian sculptures dating back to 1500 BC, but the name was derived from Indian literature where it was described as Slipada (sli = elephant, pada = leg). [1] 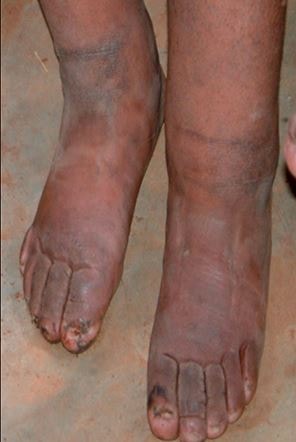 The most common sign of elephantiasis is the excessive swelling of body organs, most often in the lower extremities like the legs and scrotum in men or the vulva in women. Other body areas can also be affected such as the arms, breasts, ears – basically on any of the extremities around the body.

When an organ gets infected by the worm, it swells dramatically to double, triple or even larger than its original size, and this can have an adverse effect on the individual’s life. [2]

However, the swollen organ does not cause any pain to the individual, merely discomfort, and difficulty in mobility. The skin around the swollen body part will become dry, thick and dark. Sometimes the individual may also develop a feeling of malaise due to the damages on the lymphatic system and reduced blood flow. In genital elephantiasis, though, the affected individual may experience some pain as the swollen testicle causes pressure on the penis.

Although these worms mostly affect the body’s extremities, they have also been known to affect other body parts too, such as the skin in the case of subcutaneous worms.

When this happens, the individual presents with rash or arthritis. If the worms get deeper into the body, there could be some pain, for example, abdominal pain if the abdominal region is affected.

Other variants of the worm can affect the eye and lead to blindness, river blindness, which is one of the leading causes of blindness worldwide. [3]

Elephantiasis begins to develop when a worm gets into a person’s body and causes damage to the lymphatic system. The lymphatic system is a completely separate system that runs alongside the circulatory system, and aids in the removal of excess fluid from the body’s tissues. 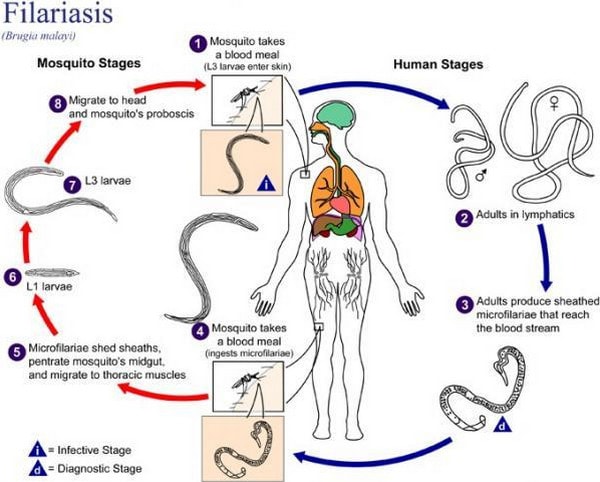 This excess fluid is first brought about by the circulatory system, whereby the pressure in the capillaries pushes out nutrients for the cells to absorb, but a lot of fluid is also pushed out.

In total, about 3 liters of fluid is pushed out, which is more than half, of the entire circulatory system. To recover this deficit, the lymphatic system reabsorbs this fluid and delivers it to the circulatory system through the veins.

When a worm causes damage to the lymphatic system, all the fluid lost by the circulatory system is not returned to the circulatory system, and instead, it begins to build up within the body tissues. The worms are introduced to the body in larvae form, but they grow and begin to multiply, causing further damage to the lymphatic system which becomes inflamed and unable to function.

At the same time, the circulatory system continues to pump more fluid into the affected tissue, and the fluid keeps on building up until it begins to show physically through swelling.

As this situation keeps on worsening, the swelling becomes larger and larger until it develops into elephantiasis. The body tissues are still alive because the circulatory system is still functional, but the fluid build-up results in the swelling. [4,5]

The worms responsible for elephantiasis are primarily carried by mosquitoes, which explains why the condition is confined in Africa, Asia and sometimes South America. 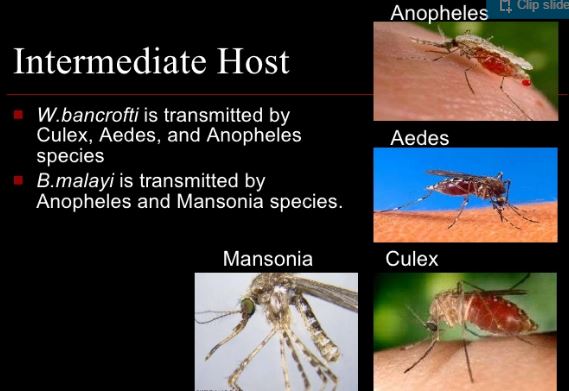 Mosquitoes carry the worms in their larvae form and transfer them into the body during a bite and these worms remain in the body and grow. This form of delivery is most common for elephantiasis in the arms and legs, but not for genital elephantiasis.

Although elephantiasis is mainly caused by worms, genital elephantiasis could be the result of a sexually transmitted disease by bacteria such as donovanosis or lymphogranuloma venereum (LGV). These STDs can trigger an immune response which can cause the lymphatic vessels to constrict and stop functioning, eventually developing into elephantiasis.

The diagnosis of elephantiasis is quite simple and can be determined simply from a physical examination since there aren’t any other conditions that present with the same symptoms. Further tests are only carried out to determine the cause of damage to the lymphatic vessels underneath in order to develop a treatment plan. [7]

The treatment involves managing the underlying cause of the condition. For lymphatic filariasis caused by worms, the primary treatment is Diethylcarbamazine which kills the worms. LGV is treated by Doxycycline and donovanosis with Azithromycin.

All the above treatments can be used independently in the early stages of elephantiasis, but if there is a lot of fluid build-up, surgery is usually necessary. The surgical operation is needed to drain excess fluid and also reconstruct any damaged body tissue.

What is being done about Elephantiasis?

The World Health Organization tries to eradicate this condition in at-risk populations through mass deworming, the idea being to break the cycle of transmission.

If these drugs are supplied consistently for 4 to 6 years, the transmission can be stopped completely in a given area. In the meantime, everyone living in an area at risk of the condition is advised to take precautionary measures like sleeping under insecticide – treated bed nets to prevent mosquito bites. [8] 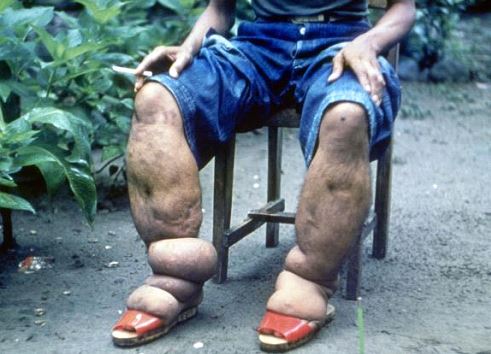 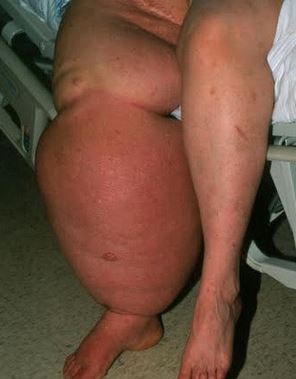 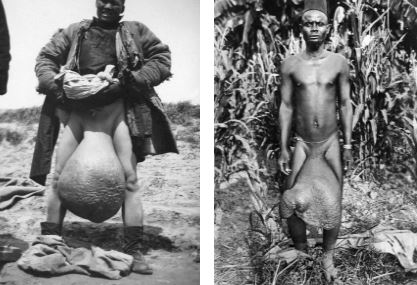 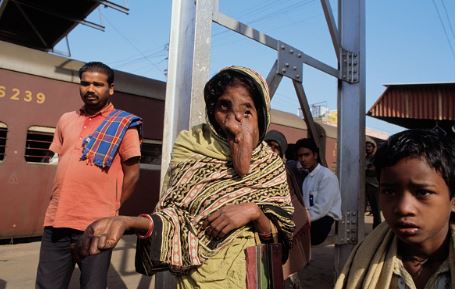 Image – Elephantiasis of face in women 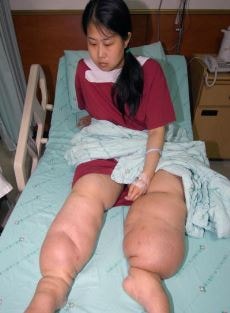 Elephantiasis of legs in adults