What is Gallbladder Attack?

A gallbladder attack is better known medically as “acute cholecystitis” which may or may not be caused by the presence of stones, strictures, infections or worms that block the outlet of the gallbladder to the 2nd part of the duodenum in the intestines.

This particular medical condition is associated with anything from mild to severe right upper quadrant pain, fever and jaundice, which is a yellowish discoloration of the skin due to the backflow of bilirubin into the circulatory system.

If not treated within the next few weeks, the patient may have bilirubin encephalopathy as this toxic waste product is lipid and can easily penetrate the brain. 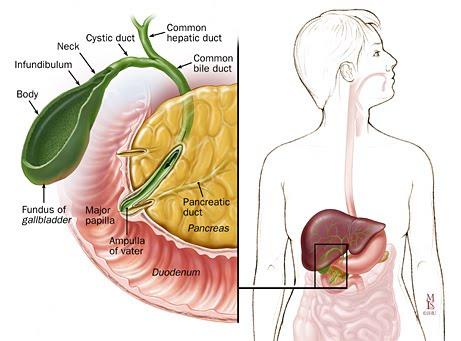 The gallbladder is specifically designed to hold gall and bile salts until it is ready for release to aid in the digestion of fat. Bile salts are continuously being produced by the liver which courses down the hepatic duct into the 2nd part of the duodenum by the action of gravity, however, since the ampulla of Vater/Sphincter of Oddi is closed, the bile flows back up into the gallbladder until it is time to be used.

The stimulus for the contraction of the gallbladder requires the release of “cholecystokinin”. When food, particularly fatty food, reaches the stomach, Cholecystokinin is released by the enteroendocrine cells of the duodenum which stimulates the gallbladder to contract and the ampulla of Vater/Sphincter of Oddi to relax.

These combined actions allow bile salts to flow down unhampered into the duodenum to aid in fat digestion.

How does gallbladder attack happen?

This is a rare case wherein the stones compress the common hepatic duct and cause symptoms of obstructive jaundice.

The stones can be such a large size or be multiple small stones that cause the obstruction just before they exit the gallbladder. A stone may also be anywhere down the duct which is termed as “choledocholithiasis”. Whichever the case is, the main result is blockage in the flow.

Should the blockage persist, the bile will eventually back flow into the circulation which then causes the jaundice that appears in a majority of acute cholecystitis patients. 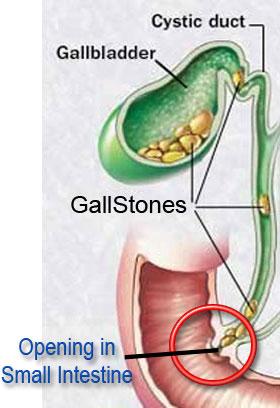 Patients who suffer a gallbladder attack have a typical history of being middle-aged and overweight to obese. They complain of mild to severe pain after they eat a meal, usually fatty food. After these events, one can extract the history of the patient slowly acquiring a yellowish discoloration of the skin.

As the patient presents his or herself to the E.R., a physical examination will reveal right upper quadrant tenderness of the abdomen as well as the present yellowish discoloration of the patient’s skin. They also present with a history of fever.

Blood tests will reveal an elevated white blood cell count as it’s possible that bacteria may multiply uncontrollably due to the compromised blood flow of the gallbladder. Murphy’s test is positive if upon palpation of the liver margin, the patient stops breathing midway due to the pain.

Presence of these signs and symptoms will help diagnose a patient with acute cholecystitis. An ultrasound may help with the diagnosis by detecting the stones present in the gallbladder or anywhere at the biliary tree.

Once the diagnosis is confirmed with above diagnostic tests, the treatment of choice is laparoscopic cholecystectomy. Previously, open cholecystectomy required large incisions and had long recovery times for patients.

There is even a 15% chance that laparoscopic procedures fail and maybe converted to open cholecystectomy.The procedure is simple but requires skill and precision. The surgeon will gain access to the gallbladder and remove it after carefully ligating the cystic artery which is located at the center of the triangle of Calot.

This imaginary triangle is made up by the boundaries of the inferior margin of the liver, the cystic duct and the common hepatic duct.This is to ensure that the surgeon is able to correctly identify the blood supply of the gallbladder and ensure proper ligation and blood loss control.

After the ligation and mobilization of the gallbladder, it is removed along with the stones inside. The gallbladder is a non-vital organ and can thus be safely removed.

The liver will continue to produce bile salts, although rapid release in response to large fatty meal will now result into steatorrhea. As such the patient is advised to take care in consuming fatty food. The surgeon will also insert a T-tube in order to ensure proper drainage as well as inspect the biliary tree for any stones.

This is done by injecting saline into the biliary tree and seeing if there is a blockage. Once the surgeon confirms patency, patient is sewn up and the operation is complete. The patient then recovers almost instantly from the condition.

Gallbladder attack is an emergent medical condition that needs to addressed within the next few hours. This condition could lead to severe suffering in the patient as well as the potential for developing bilirubin encephalopathy.

If the disease is quickly diagnosed and given surgical treatment, one can be assured of an instant cure.