What is Iliac Crest?

Iliac crest is situated on the top margin (superior corner) of the ileum. When you rest your hands on the hip, it is the iliac crest that support them and it is found on the upper region of the hip.

Iliac crest appears as a curved bony structure and is designed to help protect the pelvic region parts. This part of the ileum attached to fascia, muscles, and aponeurosis found nearby. 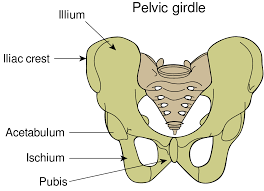 Sometimes, this curved region of pelvis can sustain injury or bruise, something that may result in pain. Iliac crest pain is a common syndrome witnessed in older individuals and athletes or runners. However, the pain may also affect any other individual depending on the cause. 1

The hip bone consists of a large, irregular bone structure that forms the frontal bony part and side wall of a person’s pelvis. There are three parts that make up the hip bone and they are; pubis, Ilium, and Ischium. 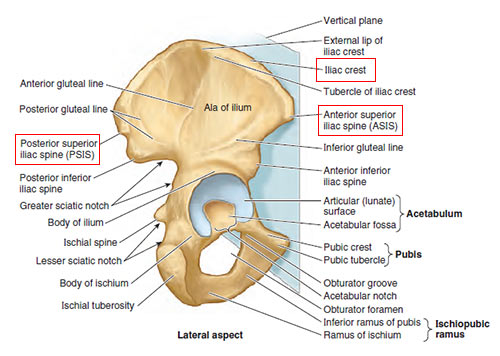 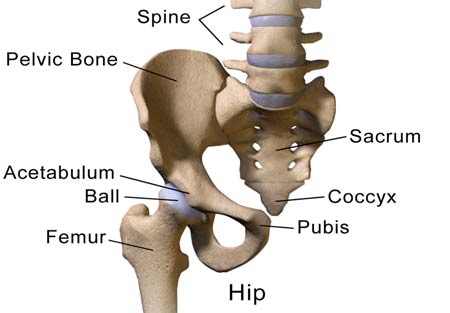 Iliac crest serves as an important bone structure in the field of medicine because it has large amounts of bone marrow, and is frequently used to provide a source for stem cells and red bone marrow cells that are required to perform bone marrow transplantation procedures.

When there is injury or bruise occurring to the Ilium and other parts of the pelvis region, it may affect the iliac crest. Iliac crest pain manifests in form of sudden, sharp pain with varying intensity.

The pain can be felt radiating along the iliac crest, although it can still extend and spread to other locations including the spine, sciatic nerve path, and the groin area.

Pain in the iliac crest may be caused by different things ranging from an inflammation, joint dysfunction, to an injury or bruising. Here are the likely causes of pain within this part of the Ilium.

Also called hip pointer, it is an injury that results from having a blow directed to hit the pelvis or having a bad fall where you land with the iliac crest touching the surface first. A collision when engaging in sporting activity may also cause trauma or injury to this part of the Ilium of the pelvis.

An injury may damage the blood vessels causing bleeding to occur within the tissue surrounding the iliac crest. The injury also causes bruises where the skin turns black and blue. A person with hip pointer or crest contusion will show symptoms and signs such as:

The area where the iliac bone and sacrum of the pelvis join together is called the sacroiliac joint. It is an essential supportive joint for the body and it allows a lot of movements.

Problems with the gluteal muscle

The gluteal muscle is a group of muscles that attach along the iliac bone. When there is tightness and stretching of the muscles, it can result in pain and discomfort.

The pain may be felt just below the iliac crest. When you have pain in this part, it could interfere with your ability to walk. You may have reduced range of motion and your ability to flex the hip joint may be impaired.

When there is an injury or inflammation affecting the iliolumbar ligament, it may result in iliolumbar syndrome.

This is the ligament stretching from the spine and it extends to the iliac crest. An injury to this ligament is mostly caused by twisting motion or repetitive bending. These activities tend to irritate the ligament hence causing an inflammation.

Pain in the iliac crest may be caused by other things such as arthritis, bursitis, herniated disc, cancer, and avascular necrosis.

Because pain in the iliac crest can be caused by different things, a doctor has to evaluate the patient and determine the possible cause for an effective treatment. A doctor will physically examine the location and find out about the history of the patients.

A doctor will study the patterns of the pain including its highs and lows, severity, radiating features, and activities that aggravate the pain. The doctor finds outs about any history of trauma and if a patient was involved in any mechanism of injury. The occupation status, pain alleviating and aggravating factors are also looked into.

The symptoms are studied and the doctor may order for functional tests that are relevant to the tendons, muscles, and joints. Imaging tests may be done using X-rays and MRI scans to find out if there may be fracture or injury in the iliac crest area and its severity and nature.

Treating iliac crest pain depends on the causative factor and the severity of the injury or pain. While some cases of the pain may go away on their own with simple home remedies like resting and mild exercising, others may require use of pain management medications.

In severe cases, surgery may be performed to help stop the pain. Medical treatment options for iliac crest pain include:

If you have pain in iliac crest, you can manage it by observing the following: