Phocomelia is a developmental disorder in which the limbs are shortened or parts of limbs are absent. This disorder is congenital and very rare. The term Phocomelia comes from two Greek words foke, which means seal-like and melos, which means limb, referring to a baby’s look with shortened limbs.

Usually the proximal part of the limb is missing or shortened, but the distal parts are completely developed, but attached to trunk or a hypoplastic proximal part. There is also a term Phocomelia syndrome in which besides the limb defect, there are other anomalies on the face, eyes, ears, nose, growth retardation, inner organ anomalies and mental deficit. (1)

Phocomelia incidence in the 50s and 60s wasn’t precisely calculated and studied, but the lethal outcome affected nearly a half of the 10000 babies who were born with phocomelia. Today’s incidence of phocomelia is between 1 and 4 on 10000 babies. Even though the number of babies has been significantly reduced due to elimination of thalidomide in treatment in pregnancy, there are still genetically induces phocomelia.

The causes of phocomelia include different factors. The most talked about cause of phocomelia is the use of medication Thalidomide in the 50s and 60s of the 20th century. Thalidomide was prescribed for pregnant women to reduce the morning sickness, and later on was released as an over the counter medication.

However, these women began to give birth to children with limb anomalies until it was proven that there are toxic effects of the medication that are responsible. The period between 24 and 33 days after fertilisation is the most sensitive to the effects of thalidomide. Phocomelia is symmetrical and affected upper extremities in most cases. 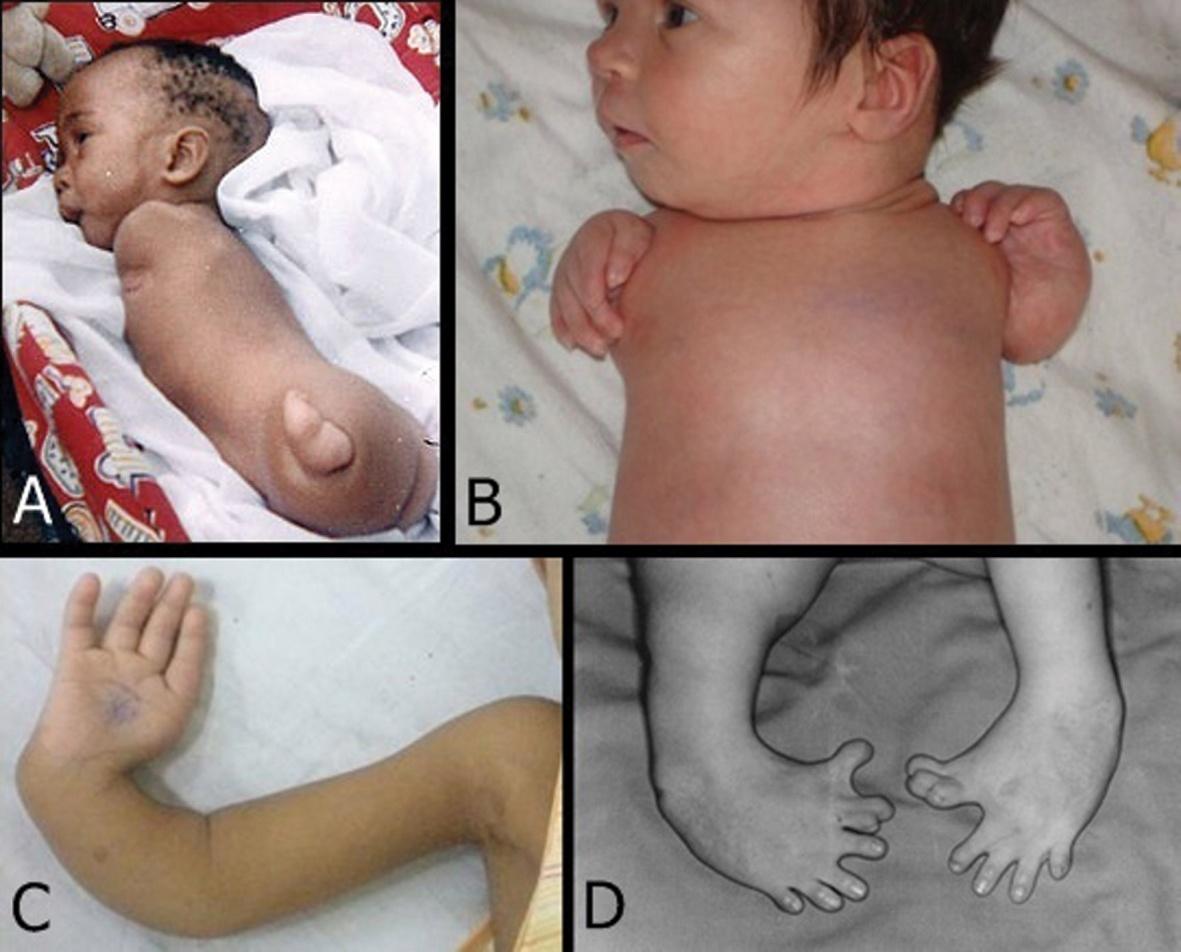 Another cause is genetic inheritance. The presence of one recessive gene on chromosome 8 in genotype of both parents is obligational for the appearance of phocomelia (autosomal recessive inheritance). (3)

The pathogenesis of phocomelia probably lies in defected arterial blood flow to the limb during development. Some theories suggest the absence of skeletal progenitors that build the bones. Thalidomide has been proven to have a direct toxic effect on bone development. (4) 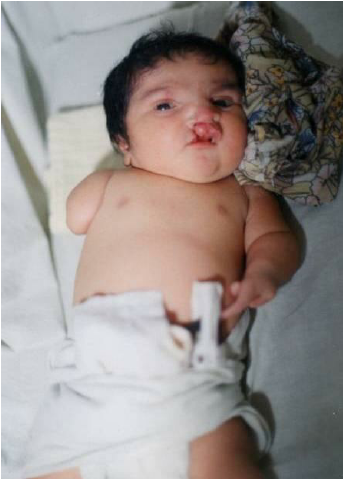 Figure 2 Roberts SC phocomelia syndrome. A baby with phocomelia of the upper limbs, hypertelorism and cleft lip and palate (5)

Al-Awadi/Raas-Rothschild Syndrome – a rare disorder which affects lower extremities and pelvis. They are maldeveloped or absent completely. Besides the bone maldevelopment, a baby has renal, facial, testicular abnormalities and hypertelorism.

Baller-Gerold syndrome – includes early closure and fusion of the bone parts so that there are abnormal shapes of head and abnormally short limbs and limb parts.

Isolated nonsyndromic phocomelia – includes only the presence of phocomelia without any other malformation to the bones, face, intelligence and brain. Phocomelia may affect some of the limbs or all of them in different severity.

The analog changes may appear in the lower extremities.

Phocomelia is diagnosed via ultrasound in the 12th week of pregnancy, when the limbs appear to be shortened in length with increased nuchal translucency and later, maldeveloped or absent limb parts may be seen. Other abnormalities, are also seen during pregnancy via ultrasound.

Genetic anomalies may be diagnosed with karyotyping and amniocentesis, even though it is only performed for some pregnant women due to its adverse effects on the fetus. Other tests are triple blood test (1)

There is no treatment, but rather habilitation of the body movements and adjustment to everyday activities, and also the use of prosthetic limbs to facilitate functioning. Myoelectric prosthetic limbs have brought revolutionary results because of the number of function they provide without wiring. The limbs move as they are connected with the prosthetic through the nerves, which send signals for movement.

There isn’t any surgical procedure to adequately correct the missing bones in the extremities, even though surgery may be of help to correct positional anomalies of some bones and joints or to manage some associated signs and symptoms in Roberts syndrome. There is also a possibility to graft bones from other parts of the body to the upper limbs, to increase usefulness of hands. However, the correction isn’t complete because of the absence of blood vessels and nerves which are necessary for movement. 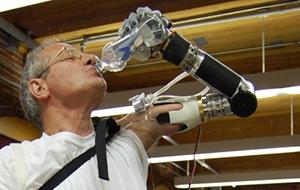 Figure 3 The use of prosthetic limbs (9)

Psychological support for the babies and children, but also for the parents is of huge importance especially if the child is mentally handicapped. However, there are plenty of people who not only manage ordinary living with phocomelia but are rather famous for their sports results and other accomplishments. (9)